Gratifying progress has been made recently in an emerging area of cancer medicine called precision oncology. It’s a bold attempt to target treatment to the very genes and molecules driving a cancer, aiming to slow or even halt its growth. But there’s always more to learn. Now comes evidence that, while a single well-matched drug might be good, a tailored combination of drugs that attack a cancer in multiple ways at once might be even better.

The findings come from the I-PREDICT clinical trial, which treated people with advanced cancer who hadn’t benefited from previous therapy [1]. The NIH-funded team found that analyzing a tumor’s unique genetic and molecular profile provided enough information to recommend individualized combination therapies to patients. What’s more, patients who followed their individualized combination therapies most closely lived longer, with longer periods of progression-free disease, than did those who took fewer of the recommended drugs.

In most previous clinical trials of precision oncology, researchers have relied on a tumor’s unique profile to identify a single, well-matched drug to treat each patient. But cancer is complex, and, just as with certain infectious diseases, tumors commonly develop resistance to a single drug.

In the trial reported in Nature Medicine, researchers led by Razelle Kurzrock and Jason Sicklick, University of California, San Diego, wondered if they could improve treatment responses by tailoring combinations of cancer drugs to target as many molecular and genetic changes in a person’s cancer as possible.

To test the potential for this strategy to work, the researchers enrolled 83 people with various cancers that had advanced despite previous treatment. Tumor tissue from each patient was run through a comprehensive battery of tests, and researchers sequenced hundreds of genes to look for telltale alterations in their DNA.

They also looked for evidence that a cancer had defects affecting the DNA “mismatch repair” pathway, which causes some tumors to generate larger numbers of mutations than others. Mismatch repair defects have been shown to predict better responses to immunotherapies, which are designed to harness the immune system against cancer .

With all the data in hand, a special panel of oncologists, pharmacologists, cancer biologists, geneticists, surgeons, radiologists, pathologists, and bioinformatics experts consulted to arrive at the right customized combination of drugs for each patient.

The panel’s findings were presented to the health care team working with each patient. The physician for each patient then had the final decision on whether to recommend the treatment regimen, balancing the panel’s suggestions with other real-world factors, such as a patient’s insurance coverage, availability of drugs, and his or her treatment preference.

Ten patients decided to stick with unmatched treatment. But 73 participants received a customized combination therapy. As no two molecular profiles were identical, the customized treatment regimens varied from person to person.

Many people received designer drugs targeting particular genetic alterations. Some also received checkpoint inhibitor immunotherapies to unleash the immune system against cancer. Four people also were treated with hormone therapies in combination with molecularly targeted drugs. In all, most regimens combined two to five drugs to target each cancer profile.

Participants were followed until their cancer progressed, they could no longer take treatment, or they died. For each person, the researchers calculated a “matching score,” roughly defined as the number of molecular alterations matched to administered drug(s), with some further calculations.

The evidence showed that those with matching scores greater than 50 percent, meaning more than half of a tumor’s identified aberrations had been targeted, were more likely to have stopped the progression of their cancers. Importantly, half of patients with the higher matching scores had prolonged stable disease (six months or longer) or a complete or partial remission. Similar results were attained in only 22 percent of those with low or no matching scores.

These encouraging results suggest that customized combinations of targeted treatments will help to advance precision oncology. However, there are still many challenges. For example, many of the combinations used in the study have not yet been safety tested. The researchers managed the potential risk of toxicities by starting patients on an initial low dose and having their physicians follow them closely while the dose was increased to a level well-tolerated by each individual patient.

And indeed, they saw no evidence that those receiving a greater proportion of “matched” drugs (i.e. those with a higher matching score) were more likely to experience adverse effects than those who took fewer drugs. So, that’s an encouraging sign.

The researchers are now enrolling patients in a new version of the I-PREDICT trial. Unlike the initial plan, patients are now being enrolled prior to receiving any treatment for a recently diagnosed aggressive, often-lethal form of cancer. The hope is that treating patients with well-matched, multi-drug treatment combinations early will yield even better results than waiting until standard treatment has failed. If correct, it would mark significant progress in building the future of precision oncology. 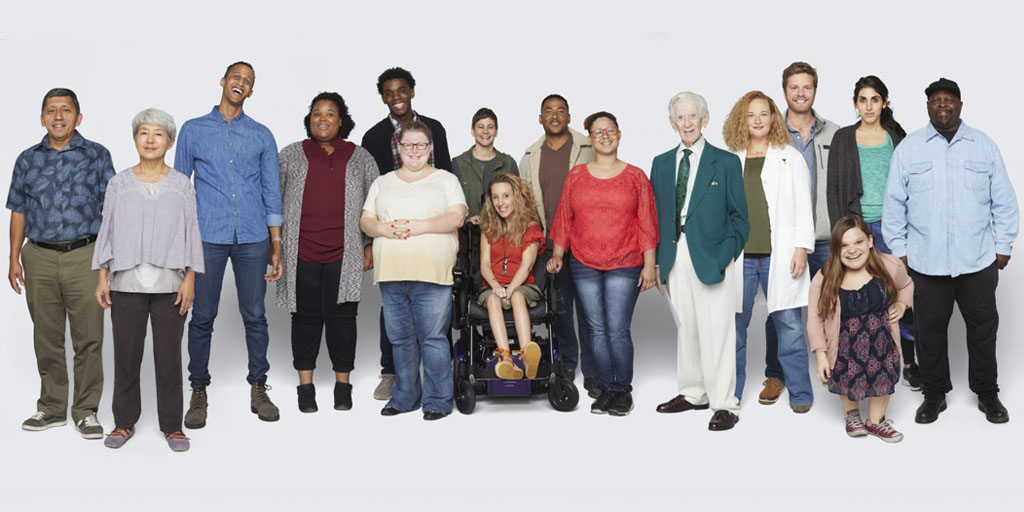 Millions of Americans now head out the door each day wearing devices that count their steps, check their heart rates, and help them stay fit in general. But with further research, these “wearables” could also play an important role in the early detection of serious medical conditions. In partnership with health-care professionals, people may well use the next generation of wearables to monitor vital signs, blood oxygen levels, and a wide variety of other measures of personal health, allowing them to see in real time when something isn’t normal and, if unusual enough, to have it checked out right away.

In the latest issue of the journal PLoS Biology [1], an NIH-supported study offers an exciting glimpse of this future. Wearing a commercially available smartwatch over many months, more than 40 adults produced a continuous daily stream of accurate personal health data that researchers could access and monitor. When combined with standard laboratory blood tests, these data—totaling more than 250,000 bodily measurements a day per person—can detect early infections through changes in heart rate.