Celebrating the Power of Connection This Holiday Season

Happy holidays to one and all! This short science video brings to mind all those twinkling lights now brightening the night, as we mark the beginning of winter and shortest day of the year. This video also helps to remind us about the power of connection this holiday season.

It shows a motor neuron in a mouse’s primary motor cortex. In this portion of the brain, which controls voluntary movement, heavily branched neural projections interconnect, sending and receiving signals to and from distant parts of the body. A single motor neuron can receive thousands of inputs at a time from other branching sensory cells, depicted in the video as an array of blinking lights. It’s only through these connections—through open communication and cooperation—that voluntary movements are possible to navigate and enjoy our world in all its wonder. One neuron, like one person, can’t do it all alone.

This power of connection, captured in this award-winning video from the 2022 Show Us Your Brains Photo and Video contest, comes from Forrest Collman, Allen Institute for Brain Science, Seattle. The contest is part of NIH’s Brain Research Through Advancing Innovative Neurotechnologies® (BRAIN) Initiative.

In the version above, we’ve taken some liberties with the original video to enhance the twinkling lights from the synaptic connections. But creating the original was quite a task. Collman sifted through reams of data from high-resolution electron microscopy imaging of the motor cortex to masterfully reconstruct this individual motor neuron and its connections.

Those data came from The Machine Intelligence from Cortical Networks (MICrONS) program, supported by the Intelligence Advanced Research Projects Activity (IARPA). It’s part of the Office of the Director of National Intelligence, one of NIH’s governmental collaborators in the BRAIN Initiative.

The MICrONS program aims to better understand the brain’s internal wiring. With this increased knowledge, researchers will develop more sophisticated machine learning algorithms for artificial intelligence applications, which will in turn advance fundamental basic science discoveries and the practice of life-saving medicine. For instance, these applications may help in the future to detect and evaluate a broad range of neural conditions, including those that affect the primary motor cortex.

Pretty cool stuff. So, as you spend this holiday season with friends and family, let this video and its twinkling lights remind you that there’s much more to the season than eating, drinking, and watching football games.

The holidays are very much about the power of connection for people of all faiths, beliefs, and traditions. It’s about taking time out from the everyday to join together to share memories of days gone by as we build new memories and stronger bonds of cooperation for the years to come. With this in mind, happy holidays to one and all.

Show Us Your Brains Photo and Video Contest (BRAIN Initiative)

The NIH-led Brain Research through Advancing Innovative Neurotechnologies® (BRAIN) Initiative is revolutionizing our understanding of how the brain works through its creation of new imaging tools. One of the latest advances—used to produce this rainbow of images—makes it possible to view dozens of proteins in rapid succession in a single tissue sample containing thousands of neural connections, or synapses.

Apart from their colors, most of these images look nearly identical at first glance. But, upon closer inspection, you’ll see some subtle differences among them in both intensity and pattern. That’s because the images capture different proteins within the complex network of synapses—and those proteins may be present in that network in different amounts and locations. Such findings may shed light on key differences among synapses, as well as provide new clues into the roles that synaptic proteins may play in schizophrenia and various other neurological disorders.

Synapses contain hundreds of proteins that regulate the release of chemicals called neurotransmitters, which allow neurons to communicate. Each synaptic protein has its own specific job in the process. But there have been longstanding technical difficulties in observing synaptic proteins at work. Conventional fluorescence microscopy can visualize at most four proteins in a synapse.

As described in Nature Communications [1], researchers led by Mark Bathe, Massachusetts Institute of Technology (MIT), Cambridge, and Jeffrey Cottrell, Broad Institute of MIT and Harvard, Cambridge, have just upped this number considerably while delivering high quality images. They did it by adapting an existing imaging method called DNA PAINT [2]. The researchers call their adapted method PRISM. It is short for: Probe-based Imaging for Sequential Multiplexing.

Here’s how it works: First, researchers label proteins or other molecules of interest using antibodies that recognize those proteins. Those antibodies include a unique DNA probe that helps with the next important step: making the proteins visible under a microscope.

To do it, they deliver short snippets of complementary fluorescent DNA, which bind the DNA-antibody probes. While each protein of interest is imaged separately, researchers can easily wash the probes from a sample to allow a series of images to be generated, each capturing a different protein of interest.

In the original DNA PAINT, the DNA strands bind and unbind periodically to create a blinking fluorescence that can be captured using super-resolution microscopy. But that makes the process slow, requiring about half an hour for each protein.

To speed things up with PRISM, Bathe and his colleagues altered the fluorescent DNA probes. They used synthetic DNA that’s specially designed to bind more tightly or “lock” to the DNA-antibody. This gives a much brighter signal without the blinking effect. As a result, the imaging can be done faster, though at slightly lower resolution.

Though the team now captures images of 12 proteins within a sample in about an hour, this is just a start. As more DNA-antibody probes are developed for synaptic proteins, the team can readily ramp up this number to 30 protein targets.

Thanks to the BRAIN Initiative, researchers now possess a powerful new tool to study neurons. PRISM will help them learn more mechanistically about the inner workings of synapses and how they contribute to a range of neurological conditions.

Studies of Dogs, Mice, and People Provide Clues to OCD

Chances are you know someone with obsessive-compulsive disorder (OCD). It’s estimated that more than 2 million Americans struggle with this mental health condition, characterized by unwanted recurring thoughts and/or repetitive behaviors, such as excessive hand washing or constant counting of objects. While we know that OCD tends to run in families, it’s been frustratingly difficult to identify specific genes that influence OCD risk.

Now, an international research team, partly funded by NIH, has made progress thanks to an innovative genomic approach involving dogs, mice, and people. The strategy allowed them to uncover four genes involved in OCD that turn out to play a role in synapses, where nerve impulses are transmitted between neurons in the brain. While more research is needed to confirm the findings and better understand the molecular mechanisms of OCD, these findings offer important new leads that could point the way to more effective treatments. 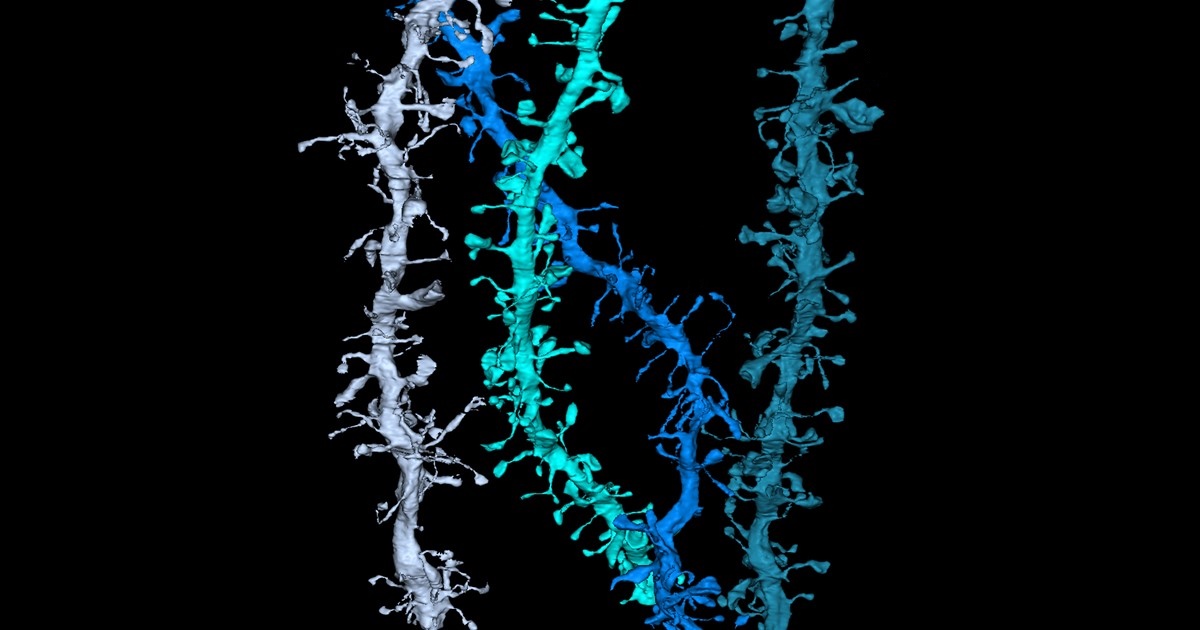 (1/3): Today, the National Science Advisory Board for Biosecurity (NSABB) delivered its report to inform the USG’s… https://t.co/CZFA3E99SR 15 hours ago