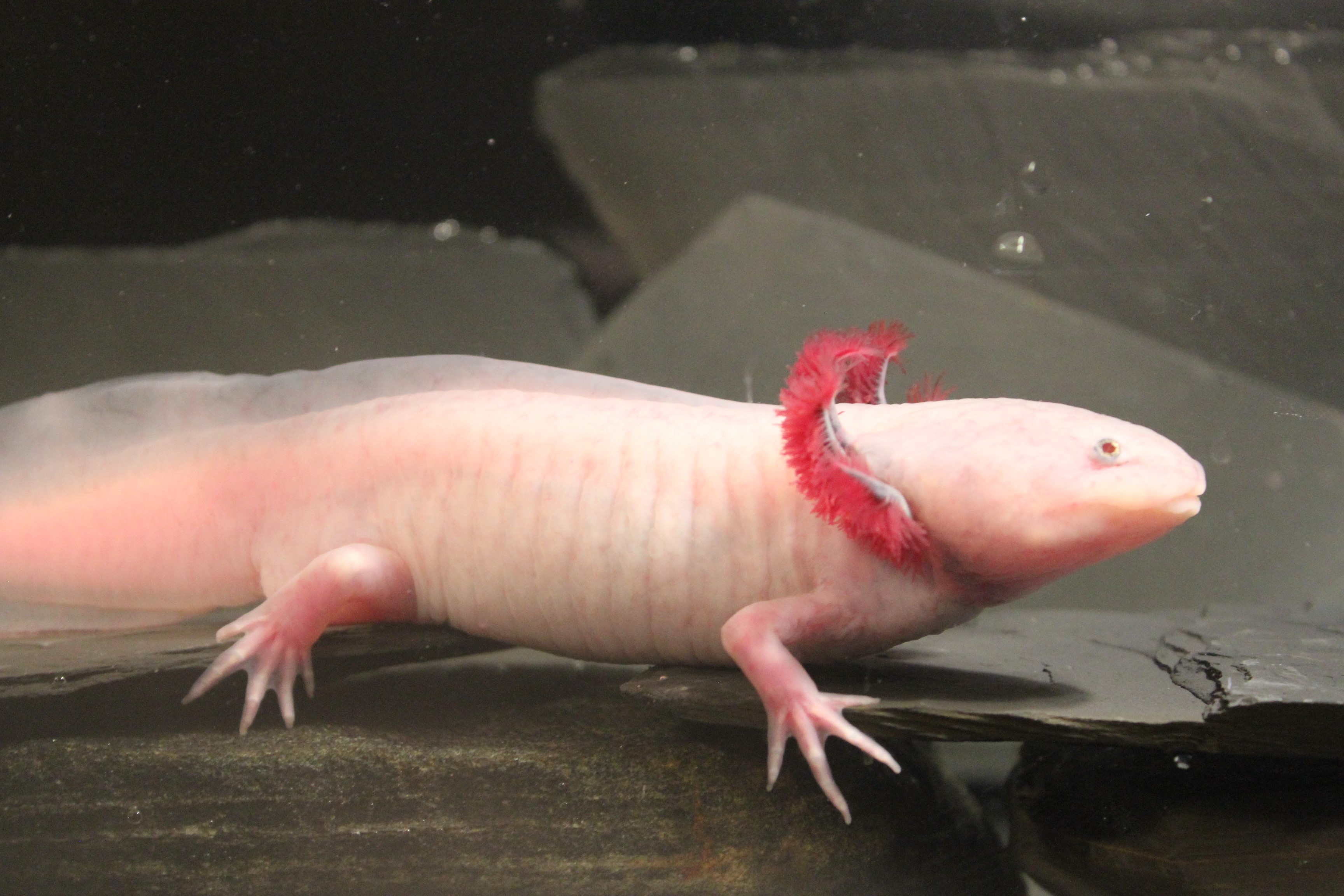 The limbs of an axolotl salamander have essentially the same shape as those of humans. Perhaps even more importantly, they include all the same cell types, including bone, muscle, cartilage, and various layers of skin. But when an axolotl loses a “hand” or “foot,” the differences soon become clear. First, there is very little bleeding. Then, gradually over a period of days, a small bump forms along the amputated stump. This structure, called a blastema, consists of progenitor cells from multiple tissues that converge to regrow the lost limb over weeks or months. (The time required for such regrowth depends on the age and size of the salamander, with younger and smaller animals experiencing faster regeneration.)

Limb regeneration in axolotls has captivated scientists for more than 150 years. But researchers still know little about the process beyond the involvement of a handful of genes already recognized for their roles in embryonic limb development. Some recent evidence also points to the important role of inflammatory signals and the immune system.

Now, with recent advances in DNA sequencing, the time is right to assemble more of the details. Whited is starting by analyzing the transcriptomes—all of the RNA gene transcripts—expressed within cells of the blastema and the wound epidermis, a protective outer layer of tissue thought to control important aspects of limb regeneration. She is taking advantage of new technologies that make it possible to swiftly and efficiently analyzing the gene activity of thousands of individual cells. That’s important because some of the critical changes in expression that drive regeneration might occur in very few cells. Those unique patterns would likely be missed entirely if gene transcripts were analyzed in a large collection of cells, all lumped together.

Whited is also using innovative CRISPR/Cas9 technology to knock out genes that the RNA sequencing data indicate might be most important and see how their absence affects limb regeneration. It’s already clear that many of the genes involved in limb regeneration are shared between salamanders and mammals. Even if humans turn out to lack certain key components to regrow a limb, some of the shared genes involved in the process might still hold potential as novel therapeutics for use in wound healing. However it turns out, exploring the biological possibilities of growing new limbs remains an important focus of regenerative medicine, and understanding how salamanders do it is surely an important step in the right direction.