Taking advantage of the latest scientific tools and technologies, Hystad is launching a study called PURE-AIR, which will monitor how outdoor and indoor air pollution affects the cardiopulmonary health of people living in low, middle, and high income nations. His goal is to quantify more precisely the global health impact of air pollution and to develop better ways of measuring health risks associated with poor air quality.

PURE-AIR will be part of the existing Prospective Urban and Rural Epidemiological (PURE) study, a global effort begun four years ago to track cardiovascular disease in 155,000 people in 17 countries for at least a decade. The type of pollutant that PURE-AIR will focus upon is fine particulate matter (PM2.5), which consists of airborne particles and droplets that measure less than 2.5 micrometers in diameter—30 times less than the width of a human hair. Fine particulate matter comes from a vast number of sources, most notably from the burning of fossil fuels, such as coal and oil; and biomass, such as wood, crop waste, and dried animal dung. These minute particles can be inhaled deeply into the lungs, where they can get trapped and trigger asthma attacks and other breathing problems. Because these particles can also carry carcinogenic compounds, inhaling fine particulate matter may increase the risk of cancer. The tiniest of these particles can even pass through the lungs and enter the bloodstream, with still largely undetermined consequences. 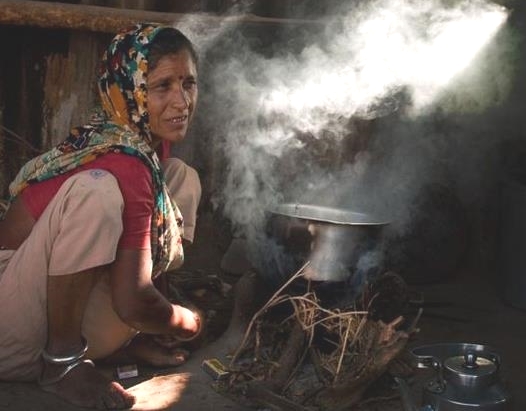 Interestingly, Hystad’s study would not have been possible just a few years ago, because technologies simply didn’t exist to estimate air pollution levels reliably around the globe. But, thanks to remote sensing data from satellites, it is now possible to determine PM2.5 air pollution levels anywhere on earth. Hystad, who is an assistant professor of environmental and occupational health, wants to obtain even more precise measures of exposure—so he is also collaborating with several private companies and universities to develop low-cost wearable sensors that can monitor accurately the air pollution exposures of thousands of individuals and households taking part in the PURE study.

Hystad hopes to couple these air pollution measurements with health assessments and lifestyle surveys of each participant. That will enable his team to search for possible links between poor air quality and heart attack, heart failure, stroke, adult-onset asthma, and a variety of lung problems, such as chronic obstructive pulmonary disease and cancer. To get things rolling, Hystad and his team plan to start collecting personal, household, and community air pollution measurements this summer in India, Bangladesh, and South Africa. Here’s wishing all of these creative minds safe travels—and success in their plans to provide some much-needed real world data on the health risks of air pollution.