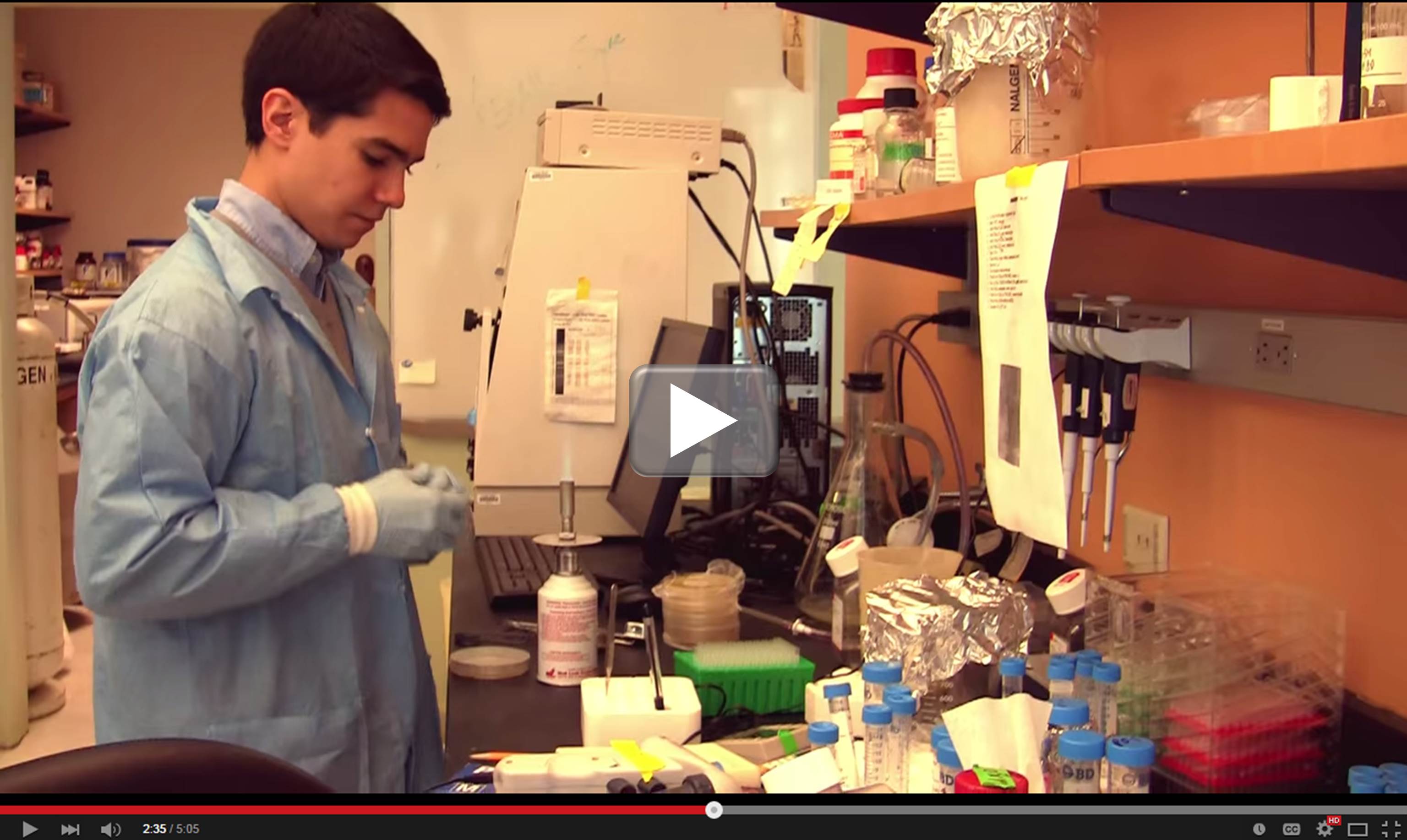 This week’s featured LabTV video takes us to New York City to see what’s going on in the world of Craig Ramirez, a young scientist who’s trying to find ways “to starve cancer cells.” Building on an interest in science that stretches back to first grade, this New Jersey native is busy working towards a Ph.D. in the lab of Dafna Bar-Sagi, an NIH-supported researcher at the NYU Langone Medical Center. (Oddly enough, Dr. Bar-Sagi and I actually collaborated more than 20 years ago when we were both junior professors on a project studying the genetic disease neurofibromatosis.)

Ramirez’s goal is to develop targeted approaches to disrupt the metabolism of cancer cells in ways that shrink or eliminate a patient’s tumor, while leaving healthy cells unharmed. He’s tackling this challenge by designing and conducting experiments on human cancer cell lines. But Ramirez isn’t working on this all alone. If he runs into an obstacle or needs to bounce an idea off someone, he just turns to his mentor or other colleagues in the friendly, fast-paced New York lab. By the way, it’s only natural that Ramirez would appreciate the value of strong teamwork—he was the starting shortstop on his high school baseball team!

One piece of advice that Ramirez offers to young people considering a career in biomedical science is to seek out experiences in research as early as possible. He says it’s never too soon to start exploring what it’s like to actually do research through activities like hands-on courses, internships, and summer jobs in a lab. Another thing to keep in mind, according to Ramirez, is that academic research isn’t the only career path open to people who have scientific training, with other options ranging from biotech entrepreneur to science journalist.

As previously mentioned, I plan to run a new LabTV video here every so often. But if you want to meet more young scientists right now, check out the LabTV web site. You’ll be greeted with “Curiosity starts here.”