When Rebecca Shlafer clicks on her office lights each morning at the University of Minnesota Medical Center, Minneapolis, she usually has a good idea of what to expect from the day ahead as lead of a nine-person research team that studies the effects of incarceration on children and families. It’s her volunteer work that can be unpredictable.

For the past eight years, this developmental child psychologist has donated her free time to serve as a guardian ad litem for abused or neglected children who’ve been removed from their homes and placed under protective supervision of Minnesota’s Fourth Judicial District. In that volunteer capacity, Shlafer advocates in court for the well-being of the child, but doesn’t foster the youngster or provide any day-to-day care.

Kafui Dzirasa keeps an open-door policy in his busy NIH-supported lab at Duke University, Durham, NC. If his trainees have a quick question or just need to discuss an upcoming experiment, they’re always welcome to pull up a chair. The donuts are on him.

But when trainees pop by his office and see he’s out for the day, they have a good idea of what it means. Dzirasa has most likely traveled up to his native Maryland to volunteer as a mentor for students in a college program that will be forever near and dear to him. It’s the Meyerhoff Scholars Program at the University of Maryland, Baltimore County (UMBC). Since its launch in 1988, this groundbreaking program has served as a needed pipeline to help increase diversity in the sciences—with more than 1,000 alumni, including Dzirasa, and 270 current students of all races.

About a year ago, Tom Glover began sifting through a stack of applications from prospective students hoping to be admitted into the Master’s Degree Program in Human Genetics at the University of Michigan, Ann Arbor. Glover, the program’s director, got about halfway through the stack when he noticed applications from two physicians in West Africa: Charlotte Osafo from Ghana, and Yemi Raji from Nigeria. Both were kidney specialists in their 40s, and neither had formal training in genomics or molecular biology, which are normally requirements for entry into the program.

Glover’s first instinct was to disregard the applications. But he noticed the doctors were affiliated with the Human Heredity and Health in Africa (H3Africa) Initiative, which is co-supported by the Wellcome Trust and the National Institutes of Health Common Fund, and aims in part to build the expertise to carry out genomics research across the continent of Africa. (I am proud to have had a personal hand in the initial steps that led to the founding of H3Africa.) Glover held onto the two applications and, after much internal discussion, Osafo and Raji were admitted to the Master’s Program. But there were important stipulations: they had to arrive early to undergo “boot camp” in genomics and molecular biology and also extend their coursework over an extra term.

November is National American Indian and Alaska Native Heritage Month, and so I can’t think of a better time to introduce you to Deana Around Him, a social and behavioral health researcher active in efforts to improve the health of infants and children in native communities. Deana is a member of the Cherokee Nation of Oklahoma, where she grew up with her mother and sisters after losing her father to a car accident when she was only 3 years old.

Deana’s father was a pharmacist, and, as a child, Deana thought that she would follow in his footsteps. But after participating in the National Youth Leadership Forum for Medicine one summer in high school, she set her sights instead on a career in medicine and made her way to Brown University, Providence, RI. Attending an Ivy League school was something she “never in her wildest dreams imagined” as a kid. 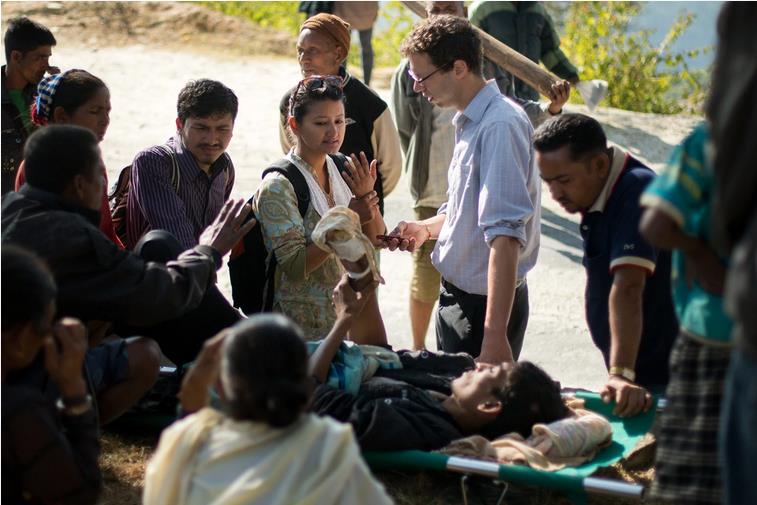