In recent years, there’s been a lot of talk about how “Big Data” stands to revolutionize biomedical research. Indeed, we’ve already gained many new insights into health and disease thanks to the power of new technologies to generate astonishing amounts of molecular data—DNA sequences, epigenetic marks, and metabolic signatures, to name a few. But what’s often overlooked is the value of combining all that with a more mundane type of Big Data: the vast trove of clinical information contained in electronic health records (EHRs).

In a recent study in Science Translational Medicine  [1], NIH-funded researchers demonstrated the tremendous potential of using EHRs, combined with genome-wide analysis, to learn more about a common, chronic disease—type 2 diabetes. Sifting through the EHR and genomic data of more than 11,000 volunteers, the researchers uncovered what appear to be three distinct subtypes of type 2 diabetes. Not only does this work have implications for efforts to reduce this leading cause of death and disability, it provides a sneak peek at the kind of discoveries that will be made possible by the new Precision Medicine Initiative’s national research cohort, which will enroll 1 million or more volunteers who agree to share their EHRs and genomic information. 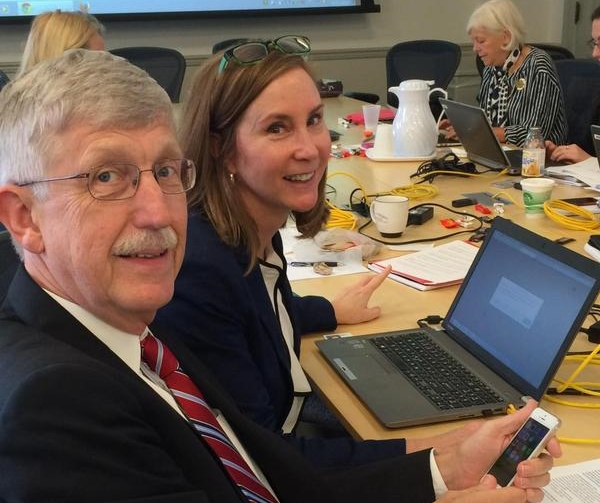 Mismatch repair genes have long been a source of fascination to basic biologists. Normally, these genes serve to fix the small glitches that occur when DNA is copied as cells divide. Most of the original work was done in bacteria, with no expectation of medical relevance. But, as often happens, basic science studies can provide a profoundly important foundation for advances in human health. The relevance of mismatch repair to cancer was dramatically revealed in 1993, when teams led by Bert Vogelstein of Johns Hopkins University School of Medicine, Baltimore, and Richard Kolodner, then of Harvard Medical School, Boston, discovered that mutations in human mismatch repair genes play a key role in the development of certain forms of colorectal cancer [1, 2].

That discovery has led to the ability to identify individuals who have inherited misspellings in these mismatch repair genes and are at high risk for colorectal cancer, providing an opportunity to personalize screening by starting colonoscopy at a very early age and, thereby, saving many lives. But now a new consequence of this work has appeared. Vogelstein and his colleagues report that mismatch repair research may help fight cancer in a way that few would have foreseen two decades ago: predicting which cancer patients are most likely to respond to a new class of immunotherapy drugs, called anti-programmed death 1 (PD-1) inhibitors.