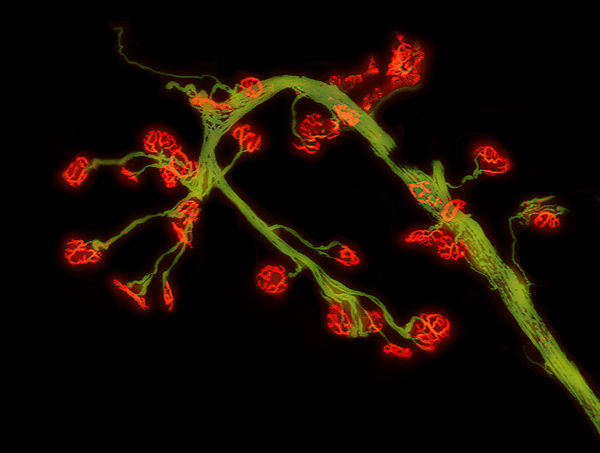 Mistletoe? Holly? Not exactly. This seemingly festive image is a micrograph of nerve cells (green) and nerve-muscle junctions (red) in a mouse model of Pompe disease. Such images are helping researchers learn more about this rare form of muscular dystrophy, providing valuable clues in the ongoing search for better treatments and cures.

People with Pompe disease lack an enzyme that cells depend on to break down a stored sugar, known as glycogen, into smaller glucose molecules that can be readily used for energy. Without enough of this enzyme, called acid alpha-glucosidase (GAA), glycogen can accumulate destructively in the liver, heart, and skeletal muscles, making it increasingly difficult to walk, eat, and even breathe.