With advances in induced pluripotent stem cell (iPSC) technology, it’s now possible to reprogram adult skin or blood cells to form miniature human organs in a lab dish. While these “organoids” closely mimic the structures of the liver and other vital organs, it’s been tough to get them to represent inflammation, fibrosis, fat accumulation, and many other complex features of disease.

Fatty liver diseases are an increasingly serious health problem. So, I’m pleased to report that, for the first time, researchers have found a reliable way to make organoids that display the hallmarks of those conditions. This “liver in a dish” model will enable the identification and preclinical testing of promising drug targets, helping to accelerate discovery and development of effective new treatments.

Previous methods working with stem cells have yielded liver organoids consisting primarily of epithelial cells, or hepatocytes, which comprise most of the organ. Missing were other key cell types involved in the inflammatory response to fatty liver diseases.

To create a better organoid, the team led by Takanori Takebe, Cincinnati Children’s Hospital Medical Center, focused its effort on patient-derived iPSCs. Takebe and his colleagues devised a special biochemical “recipe” that allowed them to grow liver organoids with sufficient cellular complexity.

As published in Cell Metabolism, the recipe involves a three-step process to coax human iPSCs into forming multi-cellular liver organoids in as little as three weeks. With careful analysis, including of RNA sequencing data, they confirmed that those organoids contained hepatocytes and other supportive cell types. The latter included Kupffer cells, which play a role in inflammation, and stellate cells, the major cell type involved in fibrosis. Fibrosis is the scarring of the liver in response to tissue damage.

Now with a way to make multi-cellular liver organoids, the researchers put them to the test. When exposed to free fatty acids, the organoids gradually accumulated fat in a dose-dependent manner and grew inflamed, which is similar to what happens to people with fatty liver diseases.

The organoids also showed telltale biochemical signatures of fibrosis. Using a sophisticated imaging method called atomic force microscopy (AFM), the researchers found as the fibrosis worsened, they could measure a corresponding increase in an organoid’s stiffness.

Next, as highlighted in the confocal microscope image above, Takebe’s team produced organoids from iPSCs derived from children with a deadly inherited form of fatty liver disease known as Wolman disease. Babies born with this condition lack an enzyme called lysosomal acid lipase (LAL) that breaks down fats, causing them to accumulate dangerously in the liver. Similarly, the miniature liver shown here is loaded with accumulated fat lipids (blue).

That brought researchers to the next big test. Previous studies had shown that LAL deficiency in kids with Wolman disease overactivates another signaling pathway, which could be suppressed by targeting a receptor known as FXR. So, in the new study, the team applied an FXR-targeted compound called FGF19, and it prevented fat accumulation in the liver organoids derived from people with Wolman disease. The organoids treated with FGF19 not only were protected from accumulating fat, but they also survived longer and had reduced stiffening, indicating a reduction in fibrosis.

These findings suggest that FGF19 or perhaps another compound that acts similarly might hold promise for infants with Wolman disease, who often die at a very early age. That’s encouraging news because the only treatment currently available is a costly enzyme replacement therapy. The findings also demonstrate a promising approach to accelerating the search for new treatments for a variety of liver diseases.

Takebe’s team is now investigating this approach for non-alcoholic steatohepatitis (NASH), a common cause of liver failure and the need for a liver transplant. The hope is that studies in organoids will lead to promising new treatments for this liver condition, which affects millions of people around the world.

Ultimately, Takebe suggests it might prove useful to grow liver organoids from individual patients with fatty liver diseases, in order to identify the underlying biological causes and test the response of those patient-specific organoids to available treatments. Such evidence could one day help doctors to select the best available treatment option for each individual patient, and bring greater precision to treating liver disease. 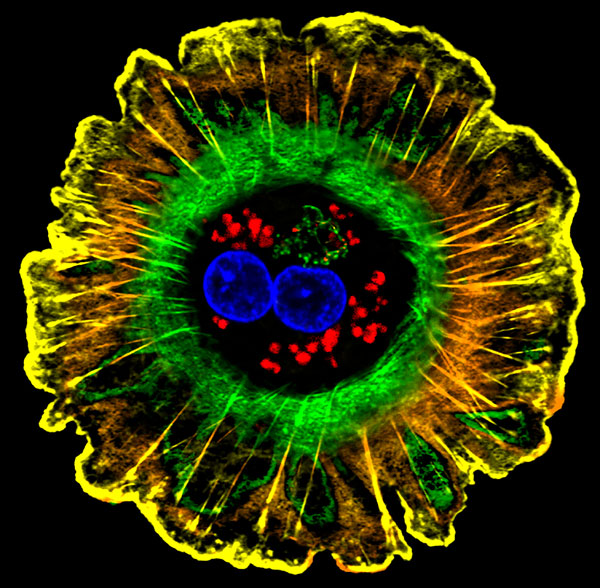