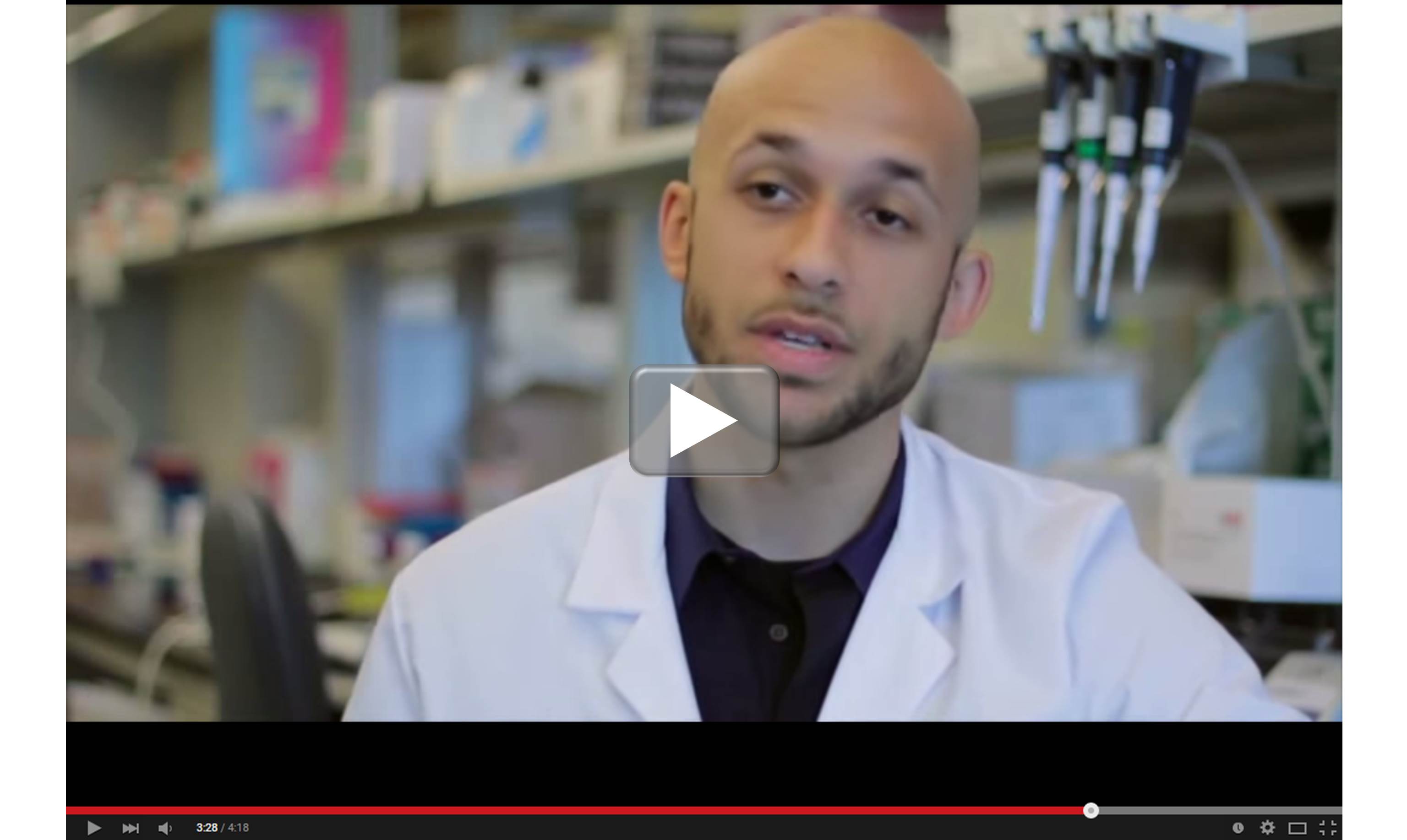 Caption: A neuron (red) in the auditory cortex of a mouse brain receives input from axons projecting from the thalamus (green). Also shown are the nuclei (blue) of other cells.
Credit: Emily Petrus, Johns Hopkins University, Baltimore

Many people with vision loss—including such gifted musicians as the late Doc Watson (my favorite guitar picker), Stevie Wonder, Andrea Bocelli, and the Blind Boys of Alabama—are thought to have supersensitive hearing. They are often much better at discriminating pitch, locating the origin of sounds, and hearing softer tones than people who can see. Now, a new animal study suggests that even a relatively brief period of simulated blindness may have the power to enhance hearing among those with normal vision.

In the study, NIH-funded researchers at the University of Maryland in College Park, and Johns Hopkins University in Baltimore, found that when they kept adult mice in complete darkness for one week, the animals’ ability to hear significantly improved [1]. What’s more, when they examined the animals’ brains, the researchers detected changes in the connections among neurons in the part of the brain where sound is processed, the auditory cortex.

An #NIH-funded study found HDL #cholesterol levels may not be as useful in predicting cardiac problems among adults… https://t.co/ODPgxkKrhI 1 day ago