Modeling Hypertrophic Cardiomyopathy in a Dish

Researchers have learned in recent years how to grow miniature human hearts in a dish. These “organoids” beat like the real thing and have allowed researchers to model many key aspects of how the heart works. What’s been really tough to model in a dish is how stresses on hearts that are genetically abnormal, such as in inherited familial cardiomyopathies, put people at greater risk for cardiac problems.

Enter the lab-grown human cardiac tissue pictured above. This healthy tissue comprised of the heart’s muscle cells, or cardiomyocytes (green, nuclei in red), was derived from induced pluripotent stem (iPS) cells. These cells are derived from adult skin or blood cells that are genetically reprogrammed to have the potential to develop into many different types of cells, including cardiomyocytes. 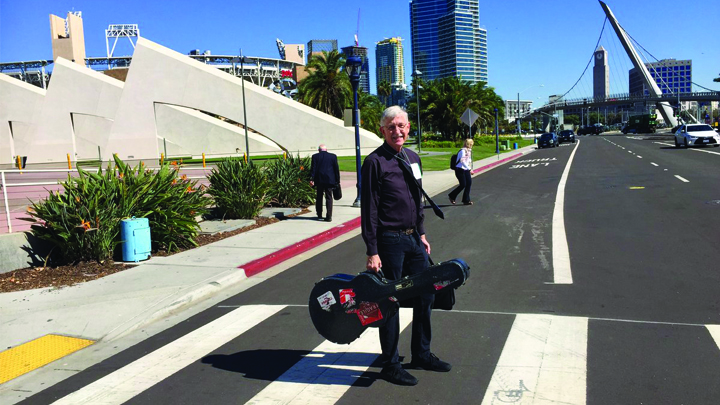 I had a great time attending the American Association of Human Genetics (ASHG) 2018 annual meeting in San Diego. The meeting was held from October 15-20. At one of the ASHG receptions, I also had a chance to get on stage and perform with my band Ethidium Spill. Credit: Jen Carroll