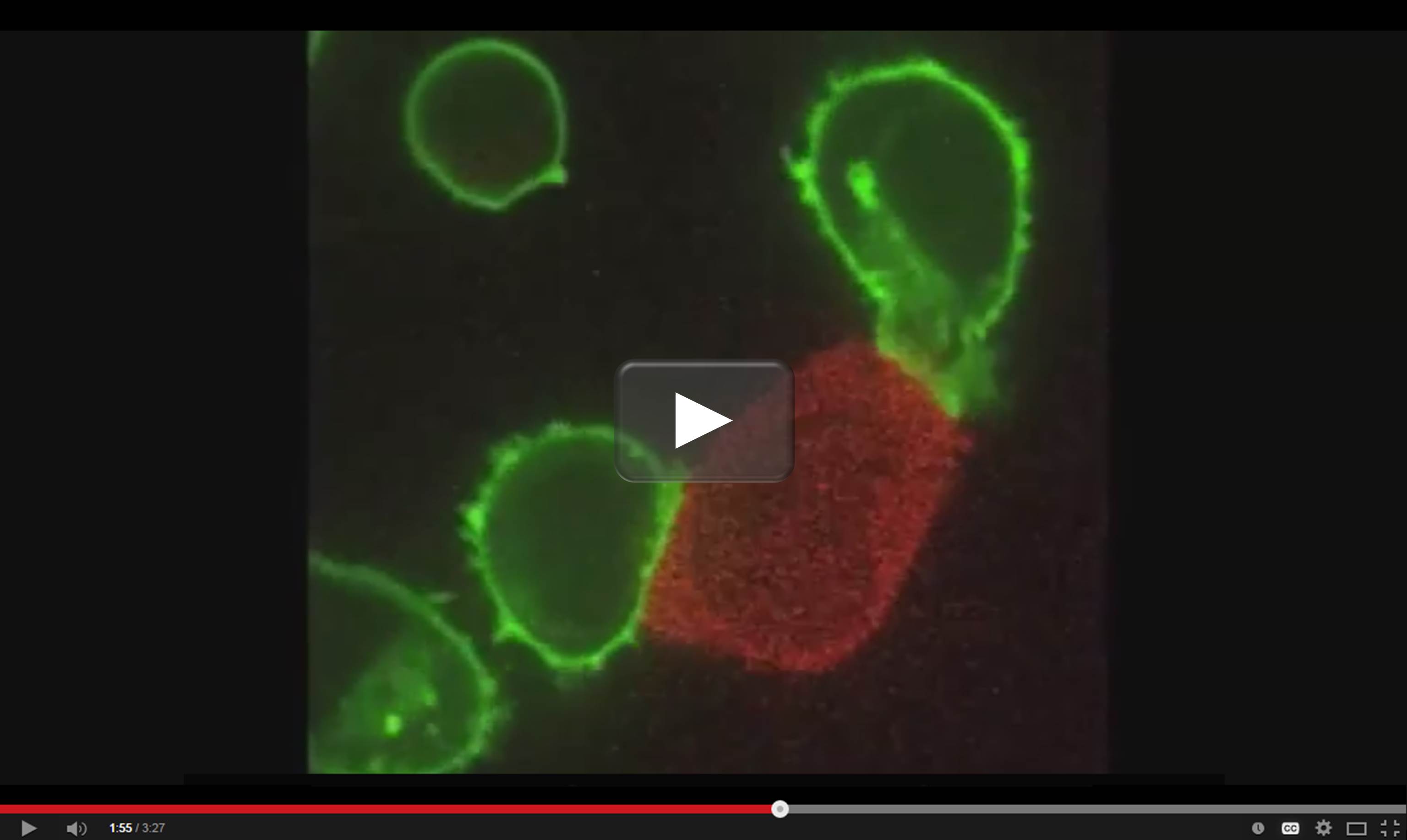 Wow! It’s one thing to know that the immune system has the power to destroy cancerous cells. But it’s quite another thing to see a cytotoxic T cell actually take out a cancer cell right before your eyes.

This amazing video was produced by Alex T. Ritter as part of Celldance 2014, an annual video series by the American Society for Cell Biology (ASCB). To make this series happen in 2014, ASCB staff contacted cell biology labs known for their sophisticated imaging tools and techniques, asking them to submit proposals for videos. In return, ASCB provided some funding, post-production support from a professional videographer, and an original soundtrack from the up-and-coming Hollywood composer Ted Masur.

Wonderful to have @FLOTUS visit @TheChildrensInn at #NIH for the third year in a row on #ValentinesDay! These chil… https://t.co/00VQg4kQWz 2 days ago

An #NIH-funded project @RutgersU created a blood-sampling & testing device that performed as well or better than hu… https://t.co/yB8UVu1osD 3 days ago

It’s almost time for me to join #PuppyCam! Aside from being adorable, service dogs help reduce stress & serve as a… https://t.co/SiEdD2x6Em 3 days ago