The Hats Have It

Around the Campfire at Camp Fantastic 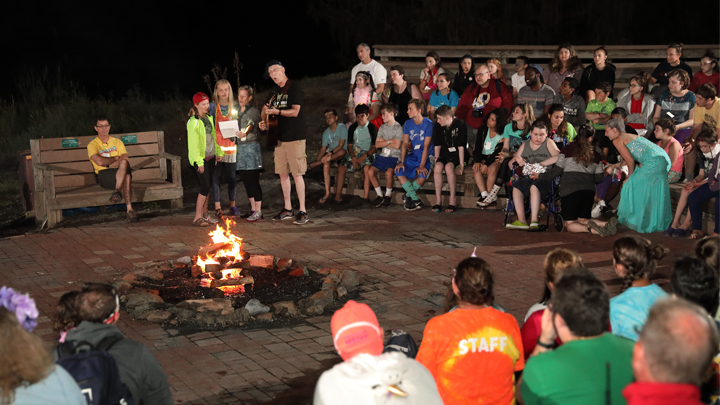 I always have such a wonderful time each August visiting Camp Fantastic in Front Royal, VA. This year, I got to sing a few songs around the campfire with my wife Diane Baker and granddaughters Bailey and Norah. Camp Fantastic provides a unique, week-long camping experience for about 100 children with cancer. We were there on August 14, 2018. Credit: Chia Chi Chang

Each year, more than 15,000 American children and teenagers will be diagnosed with cancer. While great progress has been made in treating many types of childhood cancer, it remains the leading cause of disease-related death among kids who make it past infancy in the United States [1]. One reason for that sobering reality is our relatively limited knowledge about the precise biological mechanisms responsible for childhood cancers—information vital for designing targeted therapies to fight the disease in all its varied forms.

Now, two complementary studies have brought into clearer focus the genomic landscapes of many types of childhood cancer [2, 3]. The studies, which analyzed DNA data representing tumor and normal tissue from more than 2,600 young people with cancer, uncovered thousands of genomic alterations in about 200 different genes that appear to drive childhood cancers. These so-called “driver genes” included many that were different than those found in similar studies of adult cancers, as well as a considerable number of mutations that appear amenable to targeting with precision therapies already available or under development.

Partnering with @HHSgov & @CDCgov, #NIH is working quickly to respond to the outbreak of Wuhan coronavirus.… https://t.co/Svjvfs4QrF 1 day ago

The opioid crisis is not just in the US. 1 in 5 people globally suffer from chronic pain. #NIH is committed to find… https://t.co/jRFJRgkgkV 2 days ago

The gut sends signals to the brain in milliseconds. What it might mean for people with #autism spectrum disorder on… https://t.co/djS7ZtsUk2 3 days ago