Has an Alternative to Table Sugar Contributed to the C. Diff. Epidemic?

Most of us know how hard it is to resist the creamy sweetness of ice cream. But it might surprise you to learn that, over the past 15 years or so, some makers of ice cream and many other processed foods—from pasta to ground beef products—have changed their recipes to swap out some of the table sugar (sucrose) with a sweetening/texturizing ingredient called trehalose that depresses the freezing point of food. Both sucrose and trehalose are “disaccharides.” Though they have different chemical linkages, both get broken down into glucose in the body. Now, comes word that this switch may be an important piece of a major medical puzzle: why Clostridium difficile (C. diff) has emerged as a leading cause of hospital-acquired infections.

A new study in the journal Nature indicates that trehalose-laden food may have helped fuel the recent epidemic spread of C. diff., which is a microbe that can cause life-threatening gastrointestinal distress, especially in older patients getting antibiotics and antacid medicines [1, 2]. In laboratory experiments, an NIH-funded team found that the two strains of C. diff. most likely to make people sick possess an unusual ability to thrive on trehalose, even at very low levels. And that’s not all: a diet containing trehalose significantly increased the severity of symptoms in a mouse model of C. diff. infection.

You Won’t Believe What’s In These Pills 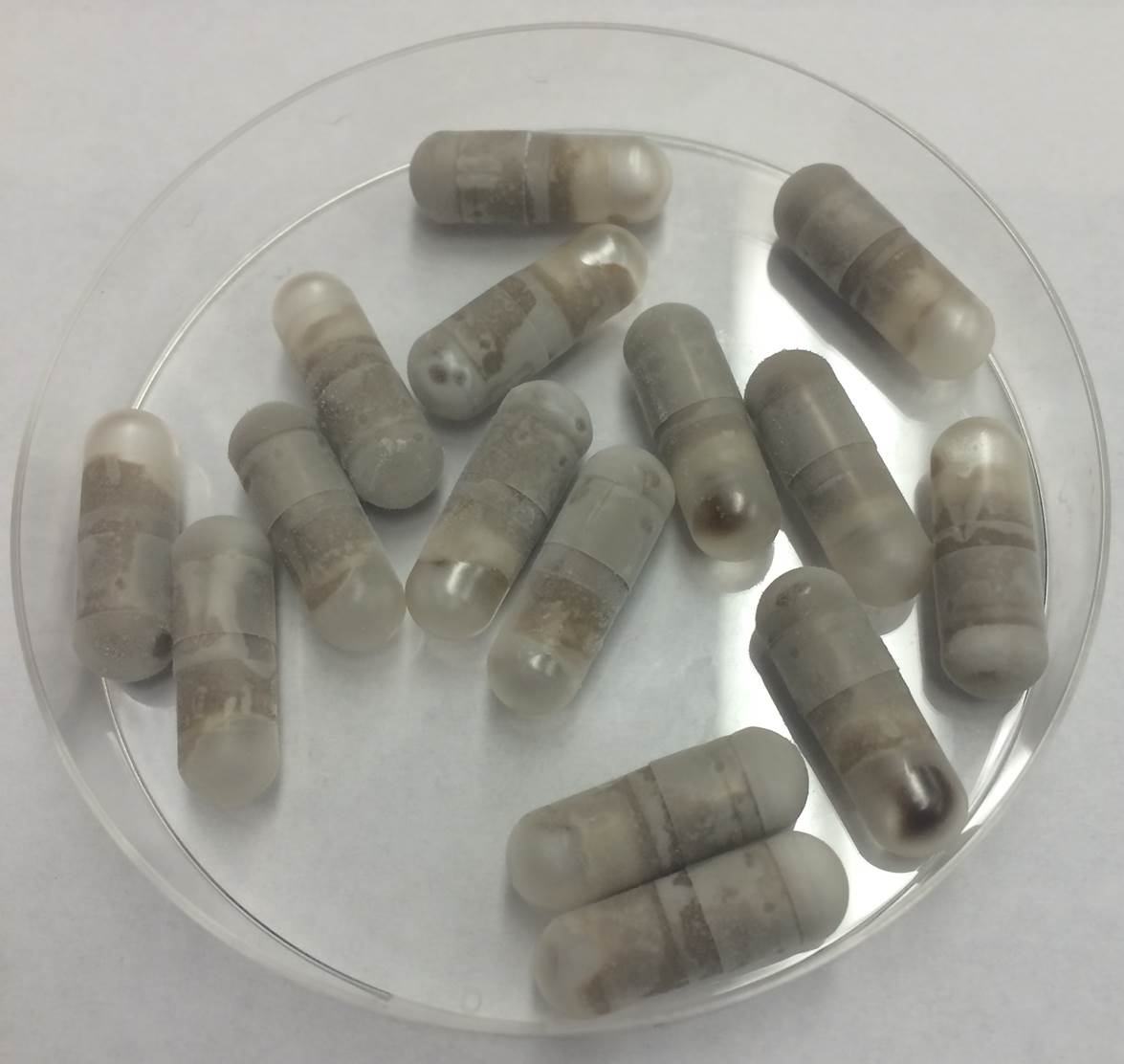 Clostridium difficile, or more commonly “C. diff,” is a nasty bacterium that claims the lives of 14,000 Americans every year. Most at risk are people with conditions requiring prolonged use of antibiotics, which have the unfortunate side effect of wiping out the natural, good bacteria in the colon—thus allowing bad bugs like C. diff to multiply unchecked. In many folks, C. diff infection can be treated by halting the original antibiotics and switching to other types of antibiotics. But for some people, that doesn’t work—C. diff is either resistant to treatment or makes a hasty comeback.

What’s to be done then? Well, researchers have known for some time that taking microbe-rich stool samples from healthy people and transplanting them into C. diff patients helps to improve their symptoms. The challenge has been figuring out a safe and effective way to do this that is acceptable to patients and doesn’t involve invasive procedures, such as colonoscopy or nasogastric tubes [1,2]. Could there be a simple solution? To put it more bluntly: what about poop pills?

I’ll help kick off the annual Vivian Pinn Symposium on 5/11 at 10:15am. This event will explore more ways to integr… https://t.co/9Wy79vmJOo 3 days ago

Looking forward to presenting at the Vatican’s #UnitetoPrevent conference tomorrow 5/7 at 10:20am ET. I’ll discuss… https://t.co/zBy8oPa39h 4 days ago