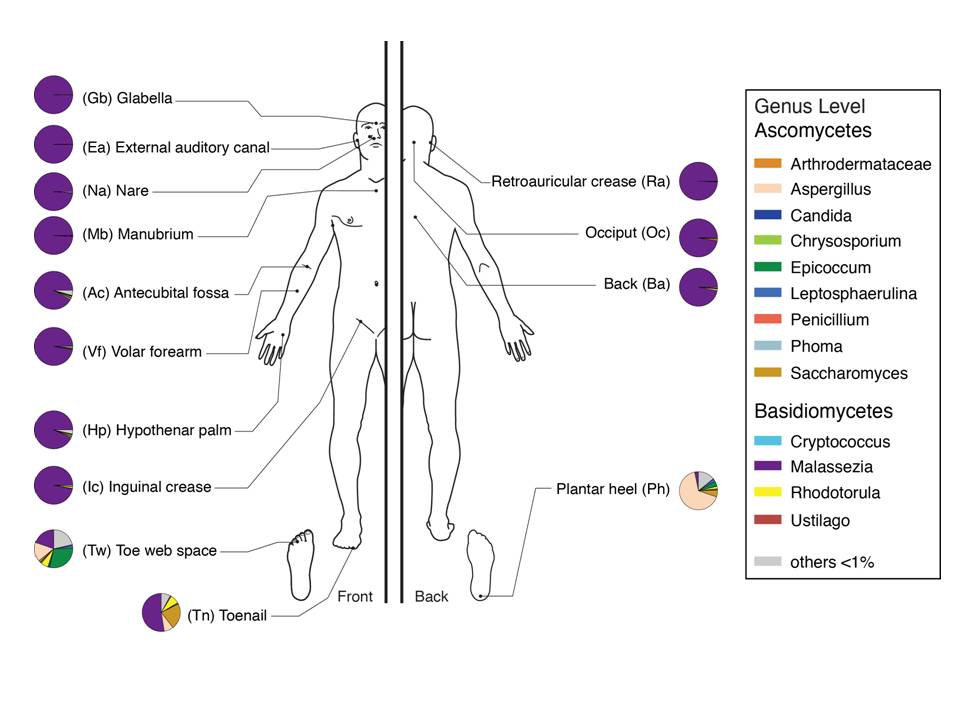 The line drawing shows 14 places where skin swabs were taken. They are: Glabella (between eye brows), External auditory canal (ear), Nare (nose), Manubrium (top of sternum), Antecubita fossa (fold of elbow), Volar forearm (midway between elbow and wrist), Hypothenar palm (pinkie side of palm), Inguinal crease (fold at upper thigh), Toe web space (between toes), Tonail, Retroauricular crease (behind the ear), Occiput (back of the center of the scull), Back, and Plantar heel.

Looking forward to presenting at the Vatican’s #UnitetoPrevent conference tomorrow 5/7 at 10:20am ET. I’ll discuss… https://t.co/zBy8oPa39h 4 hours ago

For Public Service Recognition Week 2021, I want to express my gratitude to the #NIH family for the incredible work… https://t.co/6BTgnfEOns 1 day ago