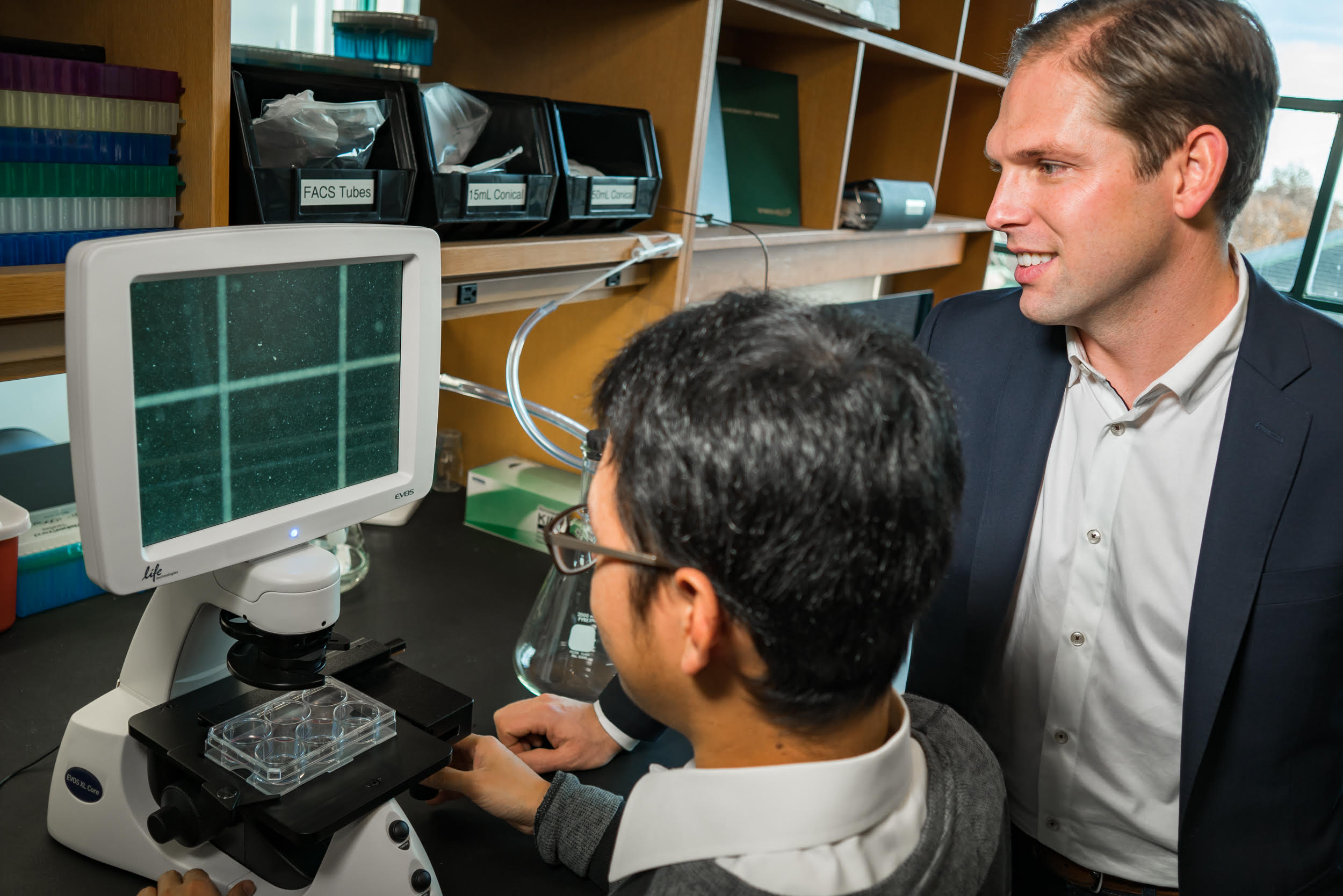 In the past, doctors typically harvested stem cells for donation by drawing the spongy marrow directly out of a donor’s hip bones. The procedure had to be done in an operating room under anesthesia. Today, most stem cell donors avoid the OR. They receive daily injections of a drug called G-CSF (granulocyte colony-stimulating factor) for five days. The drug prompts blood-forming stem cells to be released from the bone marrow into circulation, where they can be filtered from whole blood.

G-CSF is safe and works well, but it does require repeated injections. It can also come with side effects such as bone pain, nausea, headache, and fatigue. That’s why a team of researchers—led by Jonathan Hoggatt at Massachusetts General Hospital, Boston, and Louis Pelus at Indiana University School of Medicine—wanted to find a way to make it easier for people to donate blood-forming stem cells. More than 10 years ago, Pelus and colleagues hit on a promising signaling molecule, called GROβ. Studies in animals showed that GROβ treatment encouraged blood-forming stem cells to be relased into the bloodstream much as G-CSF does [2].

Based on those findings, they conducted a small safety trial in human volunteers. As reported recently in the journal Cell, the treatment didn’t appear to cause any adverse effects. Unfortunately, while stem cells did move into the circulation with the treatment, they were not in sufficient numbers for donation.

It seemed GROβ wasn’t the answer, at least not by itself. However, the FDA had previously approved an injectable bone marrow-stimulating drug called AMD3100 (Plerixafor) for use in combination with G-CSF [3]. That led Hoggatt and his colleagues to a question: Could the combination of GROβ and AMD3100 mobilize enough stem cells without G-CSF?

To find out, they first administered AMD3100 to mice, followed by GROβ. It didn’t work. So, they tried giving mice both drugs at the same time. The result? Large numbers of stem cells appeared within minutes in the animals’ bloodstreams. In fact, the single injection in the mice worked even better than the standard five-day regimen with G-CSF.

Using recently developed methods to look at the specific pattern of genes activated after the combination treatment, the researchers found that these blood-forming stem cells had a unique pattern of gene expression. It was similar to the gene activity seen in stem cells found during earlier development, not in adult bone marrow. This suggests that there might be ways to make transplants even more successful by optimizing gene activity within donor stem cells.

Human clinical trials will likely be the next step to test the safety and efficacy of this approach to stem cell donation. With advances in medicine including gene therapy, the number of conditions that can be treated with stem cell transplantation continues to grow. But many people in need of a transplant today struggle to find a well-matched donor. By making stem cell donation easier for donors, the hope is that advances like this one will help to maintain a steady supply of those life-giving cells.

If you are interested in volunteering as a stem cell donor, check out the National Marrow Donor Program. You could save a life!

I enjoyed joining in the conversations around health innovations with my friend @ReneeFleming at the Virtual… https://t.co/l2oKEuc4LS 15 hours ago

#LongCOVID occurs after individuals are sick with #COVID19, but don’t fully recover. #NIH is committed to researchi… https://t.co/OkPMPHR5oT 23 hours ago