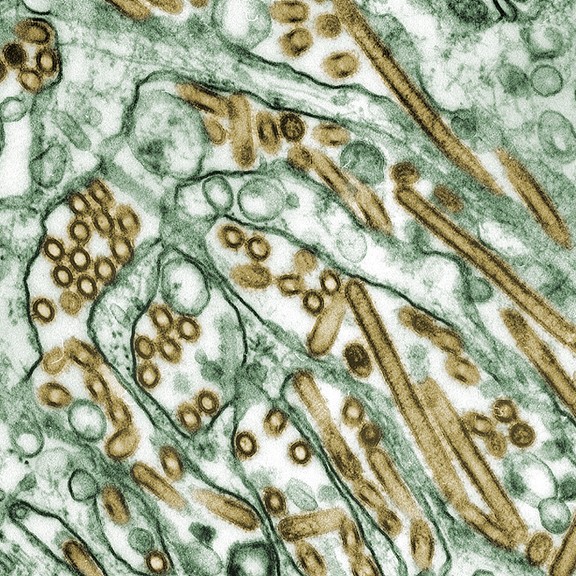 Why the switch? It turns out the H5N1 bird flu is more closely related to the seasonal influenza bug that predominated prior to 1968, after which two seasonal strains more closely related to H7N9 took over. This suggests one’s first experience with the flu and developing immunity can mean the difference between life and death decades later when exposed to a completely new flu strain. These findings have important implications for public health efforts to protect those at most risk in the event of a future flu pandemic. They also hold important insights for the development of universal flu vaccines that could protect against a wide range of flu strains.

Scientists have long puzzled over the ages of people most severely affected by different flu strains. As a classic example, the H1N1 flu epidemic of 1918 killed millions of people, mostly adults in their 20s and 30s. Similarly, H5N1 bird flu has more often sickened children and young adults, while H7N9 has more often affected older people.

As described in the journal Science, James Lloyd-Smith and his colleagues at the University of California, Los Angeles, and Michael Worobey of the University of Arizona, Tucson, suspected that such skewed patterns of infection might have more to do with differences in the first flu strains that people encountered in life than with age. To explore this possibility, the researchers reconstructed the history of seasonal influenza in China, Egypt, Cambodia, Indonesia, Thailand, and Vietnam since the year 1918. Next, they compiled data on all the known human cases of H5N1 and H7N9 avian influenza since H5N1 emerged in 1997 together with the birth years of affected patients.

The data revealed a clear link between a person’s initial and later experiences with influenza. The sudden change in flu susceptibility that occurred in 1968 is explained by an abrupt shift in the frequency of particular seasonal flu viruses. That year, a pandemic of H3N2 influenza, known as the Hong Kong flu, completely replaced the H2N2 and H1N1 seasonal influenza strains that circulated earlier.

While there’s more to learn about precisely how that first exposure shapes a person’s lifelong immunity, it’s clearly related to differences in the way human antibodies recognize and respond to a particular protein at the surface of influenza viruses, called hemagglutinin. Each influenza virus carries one of the 18 different types of hemagglutinin—as indicated by the “H” followed by a number in the names of each influenza strain. Importantly, all 18 hemagglutinins fall into just two major groups. H1 and H2 seasonal influenzas and H5 avian strains reside in one group. Seasonal H3 strains and avian H7 are in the other.

That’s in many ways good news. If this effect is true of other flu strains, it suggests there’s no such thing as a completely novel flu pandemic. Even emergent influenza viruses that have never affected people will carry features that some of our immune systems are primed to fight. That doesn’t necessarily mean those viruses won’t make these people sick. But those with some protection will be less likely to develop severe illness.

The findings also show that broad, lasting immune protection can be achieved. That protection is apparently based on a portion of the hemagglutinin protein already being targeted by many universal vaccine researchers. However, it appears our earliest flu exposure shapes the immune system in ways that are hard to expand or override.

The findings further suggest that an effective universal flu vaccine would have to stimulate broad immune protection, in the presence of existing immune memory, better than natural flu infections that occur later in life. To understand why, consider that people born before 1968 and first exposed to an H1 or H2 flu strain have since been exposed to H3 for decades as the dominant seasonal flu. But that wasn’t enough to protect them when H7N9 emerged.

It’s not yet clear what the findings mean for an individual’s risk of becoming severely ill with seasonal influenza. That’s important to learn because the seasonal flu is responsible for 250,000 to 500,000 deaths around the world every year [2]. Lloyd-Smith and Worobey say in the future it might be useful to consider an individual’s early influenza exposure when selecting the best seasonal flu shot for them, choosing one designed to strengthen a person’s immune system in precisely the areas where they are weakest.

What’s clear is there’s much work to do and many new questions in light of the new findings. But there are some more obvious implications, too. H5N1 and H7N9 have already affected hundreds of people worldwide. If either virus were to mutate and spread more easily from birds to people, it could cause the next pandemic. The new work shows that, by combining careful analysis of existing public health data with mathematical models of disease transmission, it’s already possible to make better predictions and better plan for those risks.