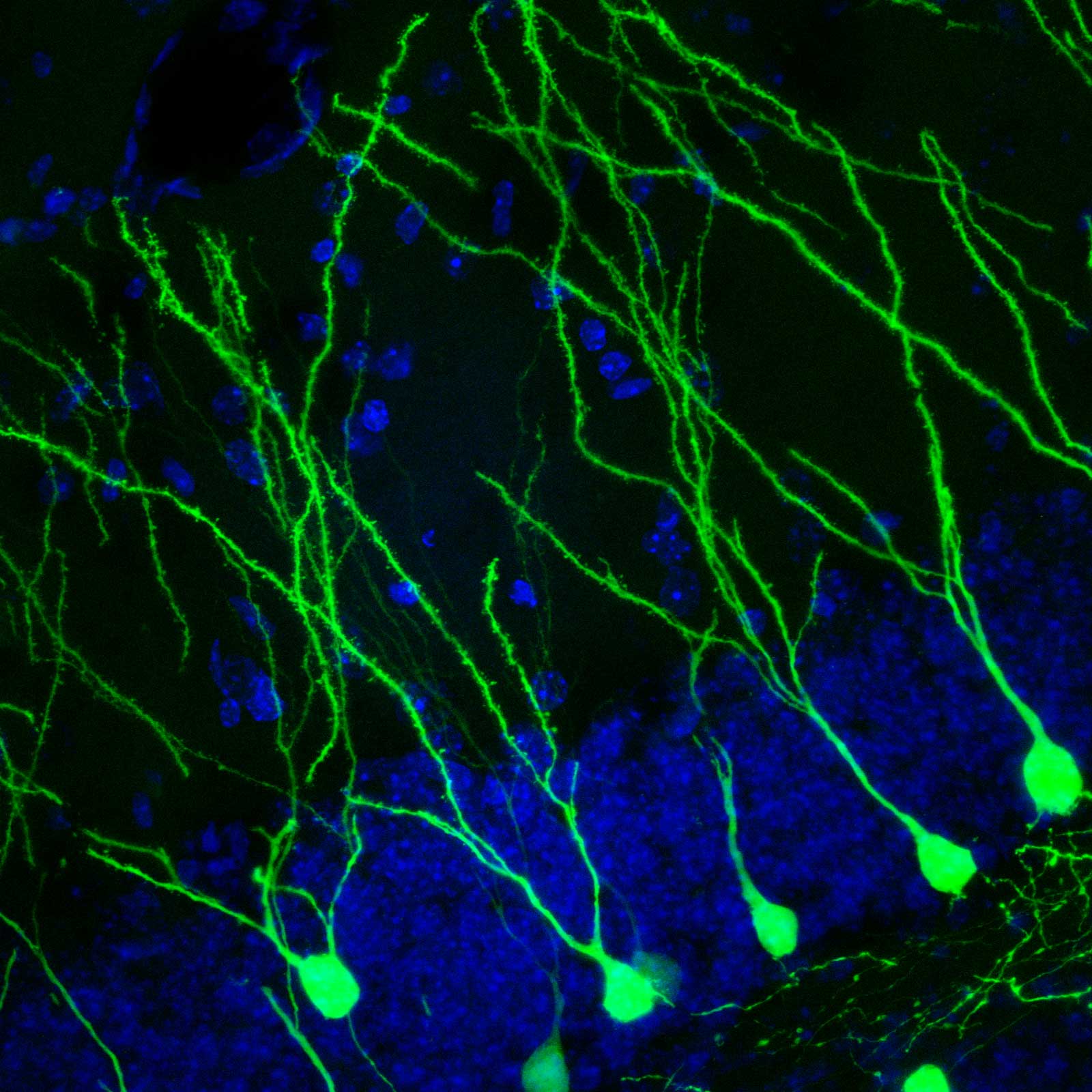 The findings, published recently in Cell Metabolism, are from a team of researchers led by Hyo Youl Moon and Henriette van Praag of NIH’s National Institute on Aging. The team set out to find proteins that muscle cells secrete during exercise that could be transported to the brain [2]. The researchers began by treating muscle cells in lab dishes with a chemical called AICAR, which mimics the effects of exercise on muscle and boosts running endurance in inactive mice [3]. AICAR treatment also improves brain function in mice in a way that is similar, but not identical, to exercise [4].

The search produced a short list of potentially important proteins. By comparing their short list to existing data on secreted proteins and changes in gene expression after exercise or AICAR treatment, one protein really stuck out: cathepsin B. This small enzyme is primarily known for its role in the degradation and turnover of peptides and proteins inside of cells. But some cells also secrete cathepsin B, and its extracellular effects are less well understood.

To learn more about cathepsin B and exercise, the researchers turned to mice and found that blood levels of the enzyme rose after they ran regularly for two weeks or more. They also showed that levels of the protein rose in muscle, but not in other organs and tissues. Taken together, the findings suggested that running results specifically in production of cathepsin B in muscle and leads to its secretion into the bloodstream.

The team next turned to genetically engineered mice unable to produce cathepsin B. Unlike normal mice, these mice when exercising no longer produced new neurons in the dentate gyrus, a part of the brain associated with memory. They also showed no improvement with exercise in their spatial memory and ability to navigate a maze in the way that mice typically can.

For cathepsin B to influence the brain, it would first need to cross the blood-brain barrier, which blocks proteins that are too big or have the wrong biochemistry from entering the brain. The researchers injected cathepsin B into mice unable to produce the chemical themselves. Within 15 minutes, they found that the protein had crossed into the brain. They also found that brain cells treated with cathepsin B showed changes in gene expression consistent with the growth of new neurons.

To see if their findings extended beyond cells and mice, the researchers compared cathepsin B levels in people after four months of regular exercise on a treadmill to those who didn’t exercise. The study, conducted in Germany, involved about 40 healthy young adults. They were between the ages of 19 and 34 years old, and about equally divided between men and women.

Sure enough, the study showed a significant increase in blood cathepsin B levels with regular fitness training. They also found a relationship between increases in cathepsin B and the ability of participants to recall and accurately draw a complex assemblage of lines and geometric shapes, which is often used to assess visual memory.

These discoveries on cathepsin B come as something of a surprise. Elevated levels of the enzyme have previously been linked to a wide array of diseases, from cancer to epilepsy. There’s also conflicting evidence about a potential role for cathepsin B in the development of Alzheimer’s disease, and drugs that block the enzyme have been proposed to treat traumatic brain injury, among many other conditions [5].

Clearly, many questions about cathepsin B and its role in the brain and the rest of the body remain. Few prior studies have focused on the function of this protein in people who are generally healthy. The researchers hope to continue learning about how cathepsin B makes its way into the brain and influences the development of new neural connections once there. Whatever they find, this study adds another insight to the evidence that’s coming from many directions: it really does pay to exercise.