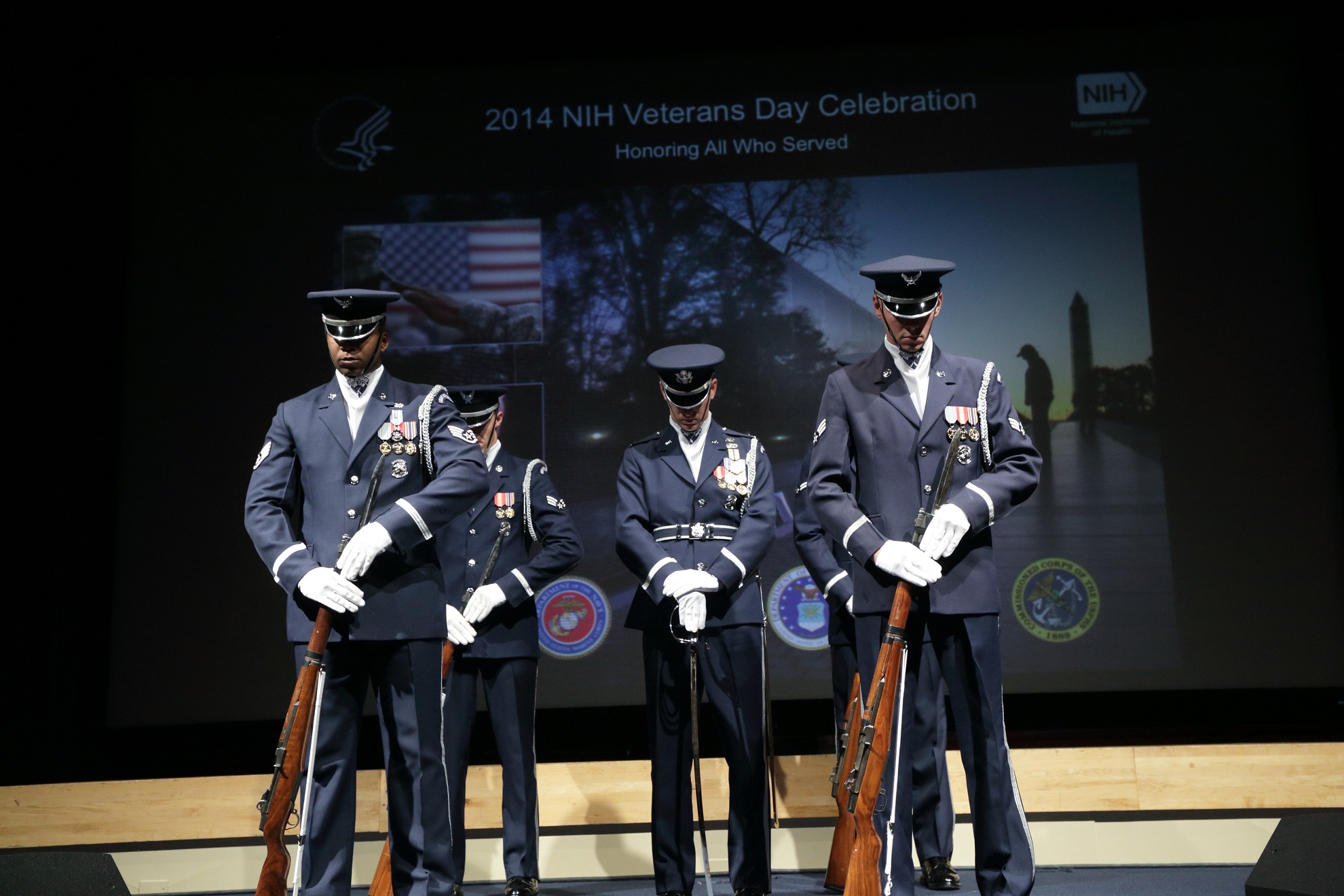 As is the case for everyone who works at NIH, these veterans are using their knowledge, skills, and experience to help advance NIH’s mission. In fact, I’d like to share a thought from one of these veterans, Jayne Lura-Brown, a program analyst at our National Institute of Dental and Craniofacial Research. In her profile on the “Jobs at NIH” web site, this Navy veteran says: “No matter what level or type of career we find ourselves in, NIH has something for us—that something that we all want, which is the chance, or another chance—to do something meaningful and to continue to be a part of something GREAT.”

For Jayne and other NIH veterans, their next chance includes pursuing medical, hospital, dental, and public health careers. Their new mission is to fight cancer, diabetes, Alzheimer’s, and other common disabling disorders, bringing their unique military training and resolve to help turn scientific discoveries into better health for all. For any veteran interested in joining us at NIH, I’m including links at the bottom of this post to help you get started.

Last week, Jayne helped to organize the third annual NIH Veterans Day Celebration. I participated in the event and was inspired by the life story of the keynote speaker, Retired Commander Everett Alvarez, Jr. Fifty years ago, as a young man based on a Navy aircraft carrier in the South China Sea, Alvarez became the first pilot shot down and held as a prisoner of war in North Vietnam. After eight grueling years of captivity, he returned home as the second longest-held POW in U.S. history. Today, you would never know it. His quick sense of humor and successful career in business speak volumes about a life well served, inside and outside of the military.

Veterans, I know that I speak for all of us at NIH in offering sincere thanks for your personal sacrifices, past and present. We will continue to open our doors to you at NIH, and we look forward to working alongside more veterans in the future.